The technology of the Additive Manufacturing, better known as 3D printing, initially born for the creation of prototypes, finds today a continuous development, opening new opportunities for its use even for different purposes. It is a real revolution that is changing the whole idea of production: from the simple realization of prototypes, to the production of custom manufactured outputs that allow to minimize the time to market by totally getting rid of the use of the mold.

El.Fa, which has always aimed at continuous innovation, has internalized the concept of “do it by yourself“, equipping itself with its own professional 3D printer on September 2010 that uses the FDM technique for ABS plastics, creating strong and temperature-stable pieces. So far has been working at full capacity, with performances that have largely satisfied both ourselves and our customers. In February 2018 the first printer has been joined by a second one, to provide for the growing needs.

The main purpose for which we have decided to follow this innovative path is to increasingly satisfy the needs for flexibility and speed required by Customers, creating also small productions series too, in a highly professional manner both in terms of quality and repeatability.

Now, even small projects, which were previously blocked by high mold prices, imposing alternative solutions that were not always optimal, can be developed and produced. In conclusion, the 3D printer has revolutionized our business bringing not only economic benefits, but also image benefits, promoting in addition the acquisition of new customers. 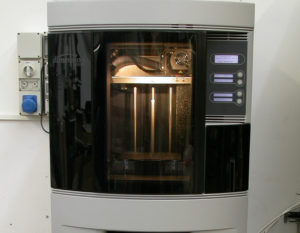